i’ve created a basic debian-image with kernel 6.1.0 (from my main-branch) for sdcard-usage (uboot contains write-functions to flash nand and emmc from usb, files in bpi-r3_uboot.tar.gz), but have not tested again (will do when i get my new board).

there is still a bug with gpt which is not readable via parted (reports gpt broken) and may cause errors in uboot on reboot (power-cycle works for me).

i could fix the gpt-problem with sgdisk (exporting gpt and importing again).

edit: found a way to create the gpt via script, but not yet tested if it boots creategpt.sh (1,1 KB)

Looks good and boots, however there are several kernel modules missing to allow for iptables/nft.

Your default network is using the wan interface, not sure if you want to set it up with a wan bridge to include sfp2 (not eth1) to allow usage of wan or sfp2 for the WAN.

Kernel has a reference link to /media/data_nvme/git/kernel/build for the source. Would rebuild the kernel for the modules, but not sure which repo it’s from.

Does your kernel include the latest MT patches for packet offloading? 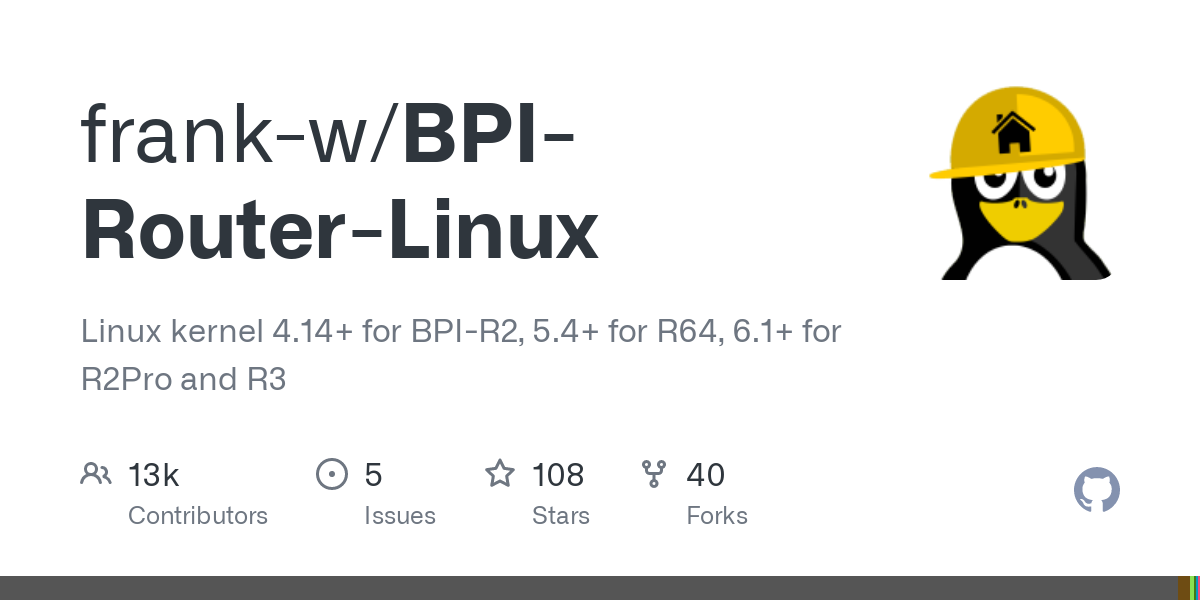 The source link is automaticly created On the host system…so it is invalid on target-system…also i made a out-of-tree build,so there is no source too. I have recently fixed deb creation,but not yet tested the resulting debs. They are built via ci on my repo,but use same defconfig. But you can use ./build.sh build_debs to create debian packes for source too.

R3 is currently basic support, have not added nft yet.

But sfp2 is designed as lan-sfp so Sfp1 should be bridged to wan if Doing such thing. I know that there are still some problems reported for sfp1 (vlan not working and some sfps not recogized).

Wed is still in bugfixing, hwnat should work if you enable nft+flowtables

edit: have added networking and virtualization-options to r3 defconfig, ci pipeline currently running (takes around 1,5h to complete), then you could replace kernel with the one github-releases

edit: seems like fixing the gpt via sgdisk (or creating it with sgdisk instead of flashing the gpt-img from python-script) solves the reboot-issue (where uboot cannot read the gpt)

Edit2: seems my systemd config pevents adding vlans on wan-port. They are created,but do not work (tagged arp not received on other side). So i added an issue to systemd github

Issue: vlan not working on dsa-port