This repo contains all platform-specific files, used by the Volumio Builder to create banana-pi images:

Kernel (kernel, modules, firmware) Other files e.g. u-boot, configuration files, uEnv.txt, bootcmd, boot.scr etc. The BSP is used to generate most of the needed components. A Volumio-specific script can be used to copy out the data to the platform folder and tar it. The tar is to be used by the Volumio build process. 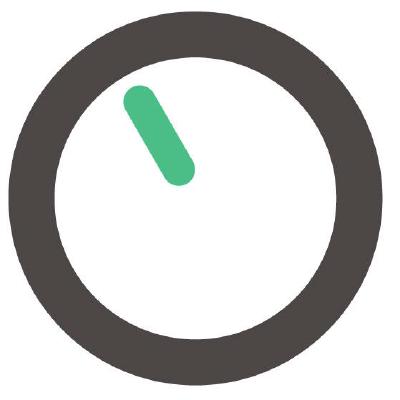 Contribute to platform-banana development by creating an account on GitHub.

I’ve been getting a banana m2u for a week and for a week trying to create a banana image for volumio, following the help contained in the file “BPI-M2Ultra_Compiler_SOP.pdf”, I’m trying to accomplish it, but without success, as the guide It is not very clear and has several errors, I tried using an image of “raspian image” and either with a “debian lite image”, this is the first mistake I found: If it is not yet possible to have a beta volume image, you can at least have a simple and clear guide.

It’s meant for compiling on a PC.

I have managed to compile directly on a M2U without all of the packages above - they are needed for a cross platform compile. It took a bit of time and a few tries and you need to add a package called bc which is missing from the list.

However, I had an issue when I tried to install the compiled files and I ended up having to start again so I gave up on this.

You need to connect the SD card to a PC.

Guys, can you point me where to get the tars of the 3.10.107 kernel? I'll patch the image with that kernel too. I found it some time ago but lost the link

I did not even go for the mind of using a PC, as it was a banana image, I thought I had to use a banana distribution more.

Which does nothing but delete the first partition of the SD.

As it combines all that is compiled into an image to load on the SD.

At the end I managed to put the files on a sd (it’s been a long time since I did not work with linux), however time wasted, the build did not work.

Among the attempts I did, I also tried to follow the creation instruction, which I found on the volume forum, the ones found here:

Procedure, which is based on the files that are on the second link, of the first post, these:

Contribute to platform-banana development by creating an account on GitHub.

But this procedure does not work either because it is explained at the end of the instructions, that is:

** Waiting for more documentation on bpi-m2u, currently initrd does not load **

So last year’s volume creator is waiting for the documentation to resolve the issue of creating the build.

I bought this card because it was the only one that had a SATA port, perfect for assembling an audio player with embedded hd, but the bananas more, they found a bad buy, with poor support, if they are interested in making a Audio player (not compatible with volume, rune audio and audio mood) or video (no openelec).

It builds the kernel, u-boot-loader and kernel modules. It doesn’t build an OS.

#6) they expect you to already have a Kernel/OS burned to the SD you insert. Your project seems to use Raspbian. Link to latest bpi release is here. (please don’t ask me anything about Raspbian, I have no knowledge of it and don’t wish to dig into the incompatibilities of it running on Rasberry’s vs Banana’s)

Any image, like centos, Ubuntu, debian,…, rasbian has they own repository. Kernel is not reason to not have lasted os. You can choose any image, install it and manually update kernel. Then you can dump SD card image and you will have lastes os and kernel. What is problem? It’s simple. If you cannot do this - why you buy DIY pc? You should buy any android dongle and use it as media player. BPI like RPI - it’s “do it yourself” pc

It’s not that I’m not able to make a workable volume build, no one has succeeded, that’s what they say on the volume forum:

it does not really matter why the build fails, the BSP from synovoip is crap, we should probably delete the build scripts as nobody got anything running on an M2U. Even the Armbian people never touched it, the M2U is a failure. I just wonder why it is still for sale. Sorry about the rant, I’m still disappointed that the so called developers never bothered to answer simple questions.

Using an android box, to use it as an audio player, liquid HD music, is not the same, to use a card such as banana or a compatible box, a box android has no way of connecting a dac directly via the connection is2 .

I chose the banana, because it was the only one with a SATA port before buying it, I checked it on the site I saw, that there was a volume project and I gave it for granted compatibility.

I made a mistake, I would have to take a card, among those that have greater compatibility with volume or similar software, and devil the SATA port.

I’m disappointed that vendor isn’t create a powerful workspace for developers. Like situation with Mali drivers. We have module but we cannot use Mali gpu, because we don’t have support in kernel over 3.4. We buy Mali gpu chip but cannot use it) it’s allwiner problem, and vendor problem… License… M2U nice device, but it’s can be used only for server like services. Like Web, fileshare, database server etc. But without powerful support it’s stay as server like pc.

Changing the resolution in the build.sh file, I had already done it, I did not mention it, as it was indifferent to the problem.

As for “Rasberry’s / Banana’s,” I do not understand what centers, since compiling the build, you have to do it from PC, which I did with Ubuntu Mate.

…I do not understand what centers, since…

I do not understand what you mean here.

#6) they expect you to already have a Kernel/OS burned to the SD you insert. Your project seems to use Raspbian. Link to latest bpi release is here1. (please don’t ask me anything about Raspbian, I have no knowledge of it and don’t wish to dig into the incompatibilities of it running on Rasberry’s vs Banana’s)

I followed the guide and in step 1) it is expressly indicated to use “bananian”, which should match the debian jessie.

Well, I’m blind cause I don’t see that. I’ve been referring to the pdf in the repository of the first link in your first post.

Of course there are no Bananian images for M2U but there are Jessie images, so don’t let that hold you back. Give it a go.

Well, I’m blind cause I don’t see that. I’ve been referring to the pdf in the repository of the first link in your first post.

Of course there are no Bananian images for M2U but there are Jessie images, so don’t let that hold you back. Give it a go.

To hear the volume forum moderators, there are many who have tried it and have not succeeded, because you do not have a build and upload it to the official banana site.