While this still works, I consider it obsolete and advise against installing it. I noticed that it has no audio over HDMI and an annoying screen tearing / scrolling lag issue that makes this Retropie setup not fun to play. I am currently working on installing Lakka on the Banana Pi. The older Lakka 2.1-rc5 with 3.4x Kernel already works, and I had some success compiling and installing the newest Lakka version that has not been released yet. It works with the very latest linux kernels (5.x) and contains much newer drivers for the Mali GPU that allow for a much smoother experience. See my posts down below for downloadable Lakka images.

I made an easy to understand guide how to install RetroPie on the Banana Pi M1. It is based on Armbian 5.90. It shows how to configure the system and build RetroPie yourself.

I also uploaded an SD card image with everything already installed.

The guide and image file are available on my GitHub page: 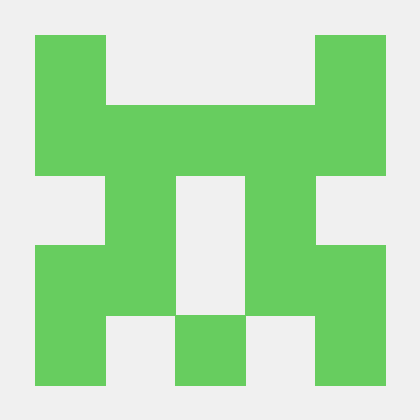 Is it possible to use on banana pi zero?

The image file will only work for Banana Pi M1. But you can try the manual installation guide, it should work for all boards that use an Allwinner chip and the Mali 400 GPU. But you need to install an operating system for your board that uses the legacy kernel (3.4.x). It will not work with systems that use the newer kernels 4 and 5.

I fixed an error that prevented the controller configurations from saving. If you have already installed the image, please download again.

This is brilliant thank you!

How would I get audio out over hdmi please?

Also it’s working on the bananapro

Don’t follow this guide. It’s garbage and I will mark it obsolete. The reason is that I noticed there is laggy scrolling in the games with this method. I am currently working on compiling Lakka for the Banana Pi, I have already built the old version of Lakka 2.1-rc5 with current versions of Retroarch and some updated cores. This has also working HDMI audio, I believe. If you are interested, I will upload it in the next days.

Its working really well on the pro with no screen tearing, it’s playing PS1 no issues looks amazing don’t scrap it yet

I will try to upload an image of Lakka in the next hours for you to test. I am pretty sure that it will run better, at least that’s been my observation so far. Something is off with this RetroPie build, I just never noticed because I only tested it on an old CRT television, but when I tried it on a computer monitor over HDMI there was scrolling lag and screen tearing.

Look forward to the lakka Thank you

Here’s the newest Lakka 3.0 for the Banana Pi:

This is just a very early test, though. Only a few cores are enabled (SNES, NES, Genesis, PSX, Gameboy, N64). It is built on a much newer kernel and with much newer graphics drivers that should eliminate tearing. I also feel that it has less input lag. Also a few months ago, experimental HDMI audio support was added for the Banana Pi for newer kernels for the first time, through a patch. I cannot test it because my monitor has no loudspeakers.

Also, you will need to apply this fix after the first boot because some of the overlay directories fail to mount.

You will need to connect to the Banana Pi through SSH for that. When entering the fix commands, before the line with the joypad autoconfigs, you first need to create a directory that’s missing:

You will also get bad performance for the first ten minutes or so, because there is some process writing data to the SD card (I assume it’s expanding the filesystem or so). This will resolve after about ten minutes, depending on the size and speed of your SD card. You can use

to see if it’s still running (when it’s done, hard disk writes should drop to zero MB/s). The image stuttering should then disappear.

I will upload the original Lakka 2.1 for the Banana Pi here in an hour or so.

And here’s a build of the original Lakka 2.1 which was the last version of Lakka that officially supported the Banana Pi:

I updated Retroarch to the latest version 1.9. But this is also just a test build and has the same limited number of cores enabled. The reason is that it takes a lot of time to compile all the cores, so for today, this is all I got. This version uses an older graphics driver with not-as-smooth scrolling, an outdated linux kernel with old drivers, and it has more input lag, at least with my wireless SNES controller. I believe this should have working HDMI audio, though I cannot test it. Have fun!