There is the great device for retrogames. It’s GPi Case produced by Retroflag. 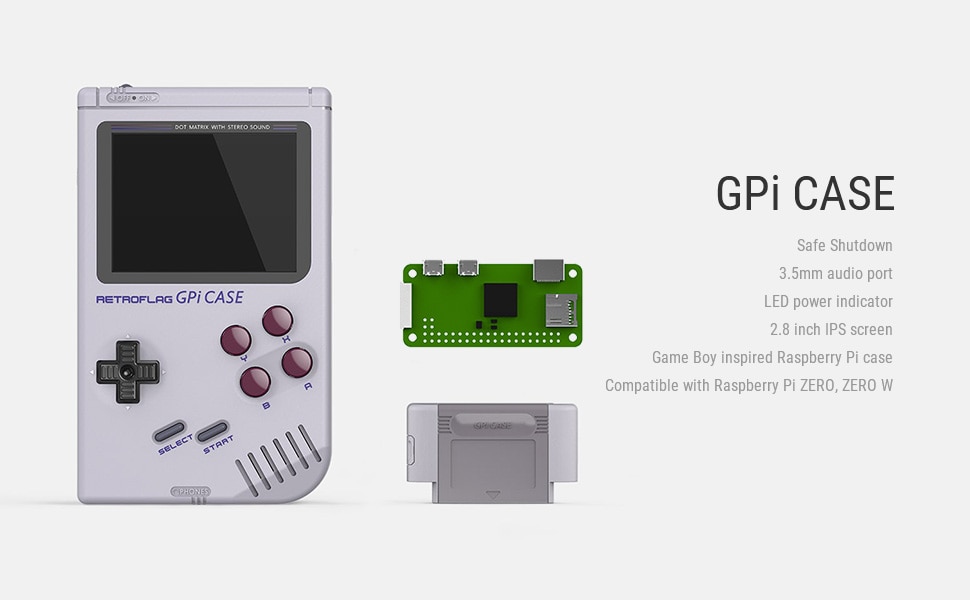 This device is for Raspberry Pi Zero (W) only. But as you all know BPi M2 Zero has the same form-factor and can be easily placed into GPi Case. But as expected BPi M2 Zero doesn’t work with GPi Case. The main problem is the display type. It uses DPI (display parallel interface). Unfortunetell H2+ CPU which used in BPi-M2-Zero doesn’t have such interface. So the LCD can be physically connected, but not supported…

Some peple suggest that it’s possible to make the display working by sofware rendering of frame buffer to LCD connected to GPIO with DPI standard. Of course, it will take some CPU time, but even this case profit will be becuse BPi-M2-Zero has more powerful CPU then RPi-Zero has.

Probably Banana Pi Team could investigate the porblem and write such driver?

If this is possible, ZERO will be resurrected.

I’ve asked author of fbtft driver, which could be used for this target, but he answered that is impossible:

I’m afraid that isn’t possible. fbtft relies on the display (controller) to have onboard ram that is scanned out to the dipslay panel, as for DPI displays they are constantly being refreshed by the controller that drives the interface. The gpio block isn’t fast enough to emulate this.