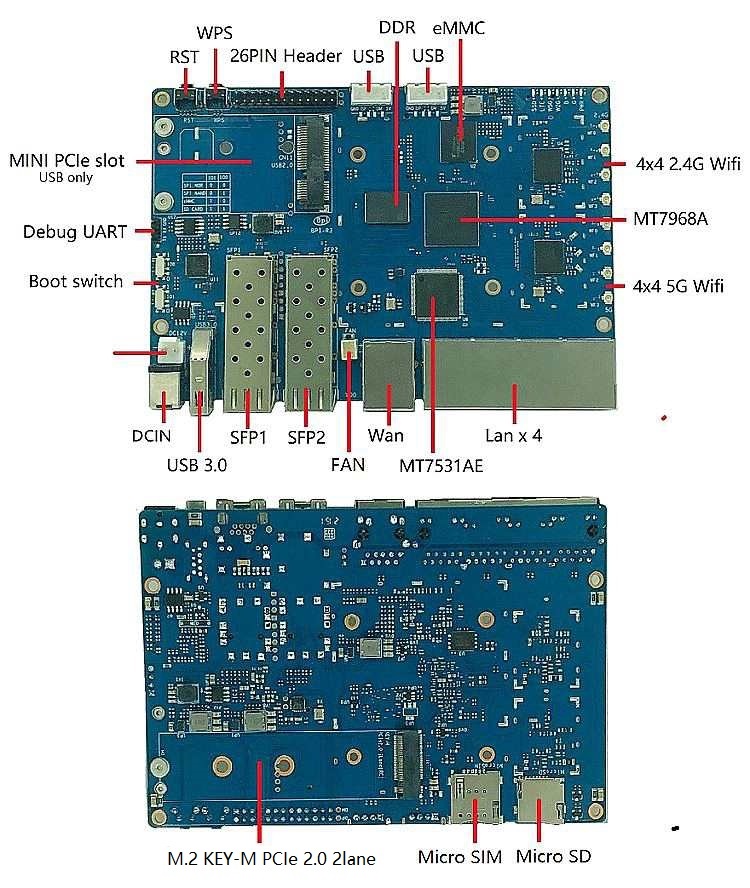 Great to see that UBI is used to manage the NAND flash! As U-Boot is obviously aware of UBI, please use it also to store the U-Boot environment (instead of using a bare MTD partition for that). See e.g. how it is done in OpenWrt master/snapshots for the BPi-R64 when installed on the SPI-NAND.

Also, just like for the BPi-R64, you could benefit from enabling CONFIG_FIT_PARTITION in Linux which would allow to include the squashfs-rootfs inside the uImage.FIT, which is nice because it then gets validated by U-Boot and we have a convenient single image format (uImage.FIT) which is understood easily by U-Boot, Linux (as partitions on ubiblock device) and OpenWrt’s sysupgrade (instead of sysupgrade.tar format).

(just seeing now: as you are basing you work on OpenWrt 21.02, you may have to backport things to Kernel 5.4. Why use such an old kernel for a new board? To get this merged into OpenWrt, it will have to be Linux 5.10 at the moment and will need to be Linux 5.15 in a few weeks…)

Is switch connected with sgmii? If 1 gmac is used for 1 sfp and this supports 2.5 gbit/s soc need a second sgmii gmac for connecting switch.

where can i buy it evb ?

R3 and r2pro are currently prototypes. They cannot be bought yet. Both will hopefully shared to more developers to improve the software support and make deeper tests.

Wow, if all stars align (price/drivers/availability) this may become an awesome home router board not just for diy community. Looking forward to getting my hands on it!!!

Nice design! But for most of new 4G/LTE modems come in NGFF/M.2 form factor instead of miniPCIe. 5G modems are only in M.2. Maybe it would be good to change connector of modem? Also routing USB3.0 to this connector would be good idea.

Afaik there are adapters from pcie to m2,but not reversed,and not everyone will use a modem in the slot…

Sure, adapters exists. But what else cards could be used here, as this connector has only USB and no PCIe? So if only purpose of this connector is WWAN why not to eliminate extra adapter… also with USB3.0 this platform would be perfect for 5G.

Do they work over just USB?

It was said to me that there will be a card for r3 to do this…but yes if most pcie cards not work due to missing pcie bus it makes sense to use this slot for m2 modems. I do not know why it does not have pcie bus. I thought the wifi is is integrated in SOC and pcie is available

Right,the m2 slot is labeled 2lane…imho it will be better make it 1 lane and add 1 lane to pcie slot

… or instead of the USB-only mPCIe slot have a M.2 Key-B with USB 2.0, USB 3.0, optional PCIe lane (implemented using PCIe switch IC, muxed with 2nd lane of bottom-side M.2 port), UIM and I2C wired up. That would allow to use 5G modems at full speed or adding additional WiFi radio, …

It appears the BPI-R3 drops from a 40 pin GPIO to 26 pins. Can a 40 pin HAT still be used somehow? I was hoping to use either a Dragino SX127X GPS HAT or a Waveshare SX1262 LoRa HAT on my next project. Can an adapter be fashioned?

Afaik most hats only using only a subset of the pins (mostly power + one or 2 busses like spi or i2c). So if position matches you maybe can connect the hat with a spacer like this (shortened to 26 pins): 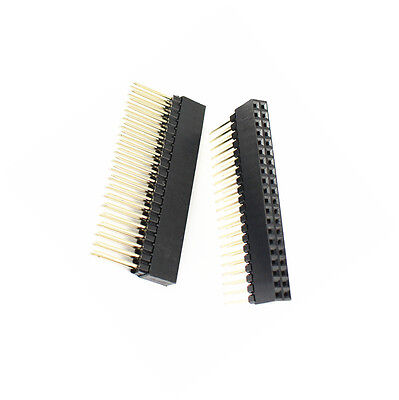